You are here: Home > Latest > A Bloomsbury Timeline of LGBTQ+ Inclusion

A Bloomsbury Timeline of LGBTQ+ Inclusion

Thomas Helwys, the founder of the Baptist movement, wrote the first ever plea for religious liberty in the English Language, in which he asserted that any basis of freedom for himself must also mean liberty for all who are oppressed. Standing in this tradition, Bloomsbury Central Baptist Church has a long history of seeking freedom and justice for those who are excluded, either within society or within Christianity itself. From its early stand against slavery, denying the Lord’s Table to any visiting Americans who continued to sympathise with the enslavement of African Americans; to being the first church in the UK to welcome the Revd Dr Martin Luther King to its pulpit; to the congregation’s early willingness to embrace the full ministry of women; Bloomsbury has at its heart a mission to combat injustice in the name of Christ. The welcome, affirmation, and inclusion of LGBTQ people has been a part of the congregation's story for many years, and this timeline roots Bloomsbury’s story on this issue within the wider Baptist tradition of which it is proud to stand. 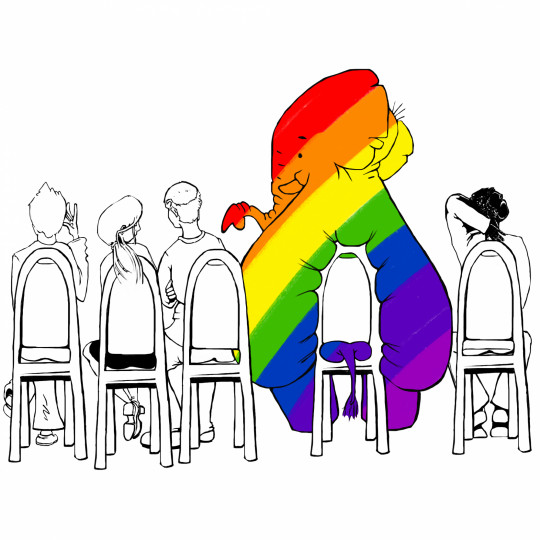 1848: Bloomsbury Central Baptist Church is founded by Sir Samuel Moreton Peto and William Brock, as a ‘Bold Experiment’, to engage the poor and vulnerable of St Giles and Soho, which at that time contained some of the worst slums in London.

Early Twentieth Century: The area north of the church is home to ‘The Bloomsbury Set’ who explored the boundaries of socially acceptable sexuality. https://en.wikipedia.org/wiki/Bloomsbury_Group

1963-67: Ray Vincent works at Bloomsbury as a Student Chaplain. In 2019, Ray was named ‘Stonewall Gay Role Model of the Year’ www.stonewall.org.uk/people/gay-role-model-year-2019-ray-vincent

1968: UFMCC (Universal Fellowship of Metropolitan Community Churches) founded in Los Angeles, California.  This becomes a world-wide collective, and the London church uses the Bloomsbury building to gather from the 1960s to the 1990s. http://mccnorthlondon.org.uk/

2006: Members of the Affirming Baptist Network participate in a workshop on Civil Partnerships led by Nigel Wright (Principal of Spurgeon's College). However repeated requests for an official interest group meeting and/or a stall at the Annual Assembly are rejected.

2013: Affirming Baptist Network runs an official workshop at the Baptist Assembly on the topic ‘The pastoral care of LGBT Christians’, chaired by Revd Dr Simon Woodman, with Revd Dawn Cole-Savidge as one of the speakers. Over 150 delegates attend.

2013: The Soho Gathering, a group for LGBTQ people and allies, is established  www.facebook.com/sohogathering

2014: Ministers are told at the Baptist Assembly that they should have 'the freedom to respond to the wishes of their church, where their conscience permits, without breach of disciplinary guidelines' in conducting same-sex marriages.

2015: The “Elephant in the Room” logo is born, drawn by Revd Dawn Cole-Savidge at a Baptist Meeting.

2015: Following a process of discernment, Bloomsbury is one of the first Baptist churches to register for the solemnisation of same-sex marriages.

2015: Maundy Thursday Communion held in the Yard Bar, Soho, with members of Bloomsbury joining the Soho Gathering to share bread and wine together as a witness of Christian inclusion in the heart of Soho.

2015: Affirm Network holds a ‘Continuing the Conversation Symposium’ at Bloomsbury, on the topic ‘Engaging pastorally and in gospel mission with those in same-sex partnerships’. Contributors include Revd Dawn Cole-Savidge, Luke Dowding, and Revd Dr Simon Woodman.

2016: Bloomsbury creates a private online group to provide fellowship and resourcing to Baptist leaders who are journeying towards inclusion and affirmation.

2016: Bloomsbury Ministers Revd Dr Simon Woodman and Revd Dr Ruth Gouldbourne are co-authors of ‘The Courage to be Baptist: A Statement on Baptist Ecclesiology and Human Sexuality’, a call to Baptist churches to face their present disagreements over same-sex marriage by being faithful to a Baptist way of being church. www.somethingtodeclare.org.uk

2017:  Singer Sam Smith surprises Bec and Lisa as part of their wedding day. The ceremony takes place at Bloomsbury conducted by Revd Dr Simon Woodman, who is also interviewed by Sam as part of ‘Sam Smith Live at the BBC’. www.bbc.co.uk/programmes/p05ml8zm The video trends #1 on YouTube for a week, and is viewed over 6.5million times.

2018-9: Bloomsbury conducts two name-change services for trans people, for which a new liturgy is created.

2019: Revd Dawn Cole-Savidge becomes the first openly queer minister to be nominated for President of the Baptist Union of Great Britain.

2020: “Creating Sanctuary” resource launched by the Baptist Union of Great Britain, addressing issues of safeguarding and LGBTQ inclusion, with Bloomsbury Deacon Luke Dowding part of the team that created it. www.creatingsanctuary.org.uk

What is happening now (tomorrow’s history?). Find out more from these organisations: