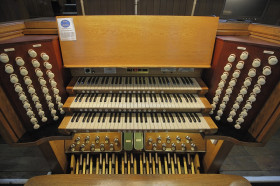 The organ installed at Bloomsbury when the church first opened in 1848 was altered and improved in 1850 by the famous Henry Willis (known as Father Willis because of his contribution to organ building in Britain). A major repair in 1879 by TC Lewis, an outstanding organ builder of the day, gave the church an instrument of twenty stops over two manuals and pedals, with three unison couplers. A case was then added by Mr Carr, the church organist at the time.

By 1909, however, the church was advised that continual repairs to the organ were wasting money and it would be wiser to buy a new instrument. The organ was therefore rebuilt by Brindley & Foster in 1914.

During a further reconstruction by Hill, Norman and Beard in 1964, the organ was moved to its present position around the rose window at the east end of the gallery with a new detached console in the south gallery. Two manuals were installed with provision for a third, choir organ which was given in 1969 in memory of a previous minister the Rev Thomas Phillips.

Over the years this instrument became increasingly unreliable and in February 1989 a major redesign was undertaken, the contract being placed with John Males of Eastbourne with Michael Broom as tonal director.

During the reconstruction of the church in 1999 the organ suffered some disturbance which affected its general reliability. There was an increased awareness, too, of a number of tonal deficiencies, many of these resulting from too many pipes from different sources. During 2006 the church experimented with a number of ranks of pipes by the eminent Yorkshire Builder JJ Binns (1855-1928). The improvement was dramatic. The pipes were from the redundant organ from Beechen Grove Baptist church, Watford and Bloomsbury was later able to acquire most of the pipes from this organ. Shortly afterwards the redundant Binns organ from St Augustine’s, Tonge Moor, Bolton, became available, too.

The pipes from this organ have now been installed, the combined instrument representing one of the largest and most comprehensive Binns organs in South-East England. The only non-Binns pipes will be the pedal 32’ sackbut and trombone and some new pipes in the re-scaled mixture stops.

(The works have been undertaken by BC Shepherd and Sons with John Males and Victor Hackworthy installing the new electronic systems.)

Many of Britain’s leading concert and cathedral organists have performed on the organ in recent years. Notable amongst them was Dame Gillian Weir, who performed in the church in June 1991 to launch the Waitangi Foundation Gillian Weir Fellowship

The full specification is given below. 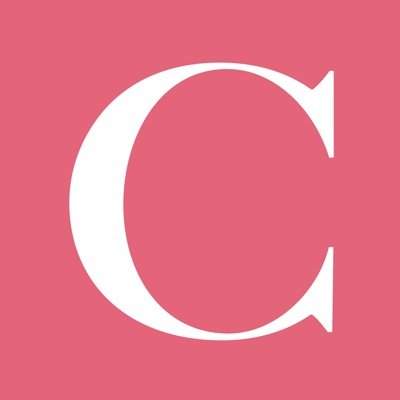 On #NationalBookLoversDay , read the history of the Bible - from early manuscripts to the many versions, and over 2500 language translations, that we have today. https://t.co/eziW0YMHsR