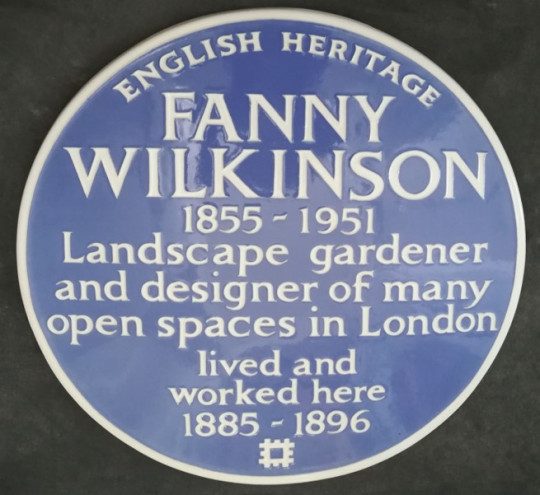 The observant may have noticed that there is a new blue plaque on the building opposite the church. It celebrates the life and work of Fanny Wilkinson, who created more than 75 public gardens in London, ranging from large parks to small churchyards, often supervising sizeable groups of previously unemployed men. Her biggest project was Myatt's Fields in Camberwell, followed by Meath Gardens in Tower Hamlets. She also worked on the conversion of many churchyards into gardens and designed several London Squares, including Red Lion Square, Wilmington Square, and Northampton Square. Her career was certainly unique for the time. The official unveiling of the Blue Plaque was held at Bloomsbury Baptist on 7th June, organised by the Metropolitan Gardens Association. It was attended by the Mayor of Camden, Councillor Nasim Ali OBE; and Gardener and television presenter, Rachel de Thame. Revd Dr Simon Woodman attended and welcomed the large gathering on behalf of the church.

As Baptists in the UK prepare to watch the #SongsOfPraise feature filmed at the recent #BaptistAssembly it's time to revisit their pre-pandemic visit to #BloomsburyBaptist: https://t.co/BlJKJCCOTd