You are here: Home > Latest > "The Abominations of Slavery"

Standing Against The Abominations of Slavery

The two photographs below are the minutes of the Church Meeting held at Bloomsbury on May 2nd 1851. The Great Exhibition was being held that summer in Hyde Park in London, and the church expected a large number of visiting Americans to want to worship at Bloomsbury.

The public stand they agreed to take against the Fugitive Slave Act would have been costly, but it set a trajectory for the fellowship at Bloomsbury as one which is boldly committed to acts of justice.

'7. The Pastor informed the church that he expected numerous applications for fellowship at the Lord’s supper during the ensuing summer from professing Christians from America. It was moved by Mr Peto and seconded by Dr Price and carried unanimously  that this church cannot admit to the fellowship of the Lord’s table any person whatsoever, who either sympathises with or supports the Fugitive Slave Law of the United States, or who withholds his influence from the efforts which are being made for restoring to the coloured population of the United States the rights of which they have been so wickedly deprived.

A statement made to the Church by the Pastor, Mr Peto, and Dr Price concerning the general character of the Fugitive Slave Law, and the implication of the American Churches in in the continuance of the abominations of slavery in the United States led to the hearty adoption of the foregoing resolution and to the conclusion to advertise in the Times and other Newspapers according to the discretion of the Pastor.' 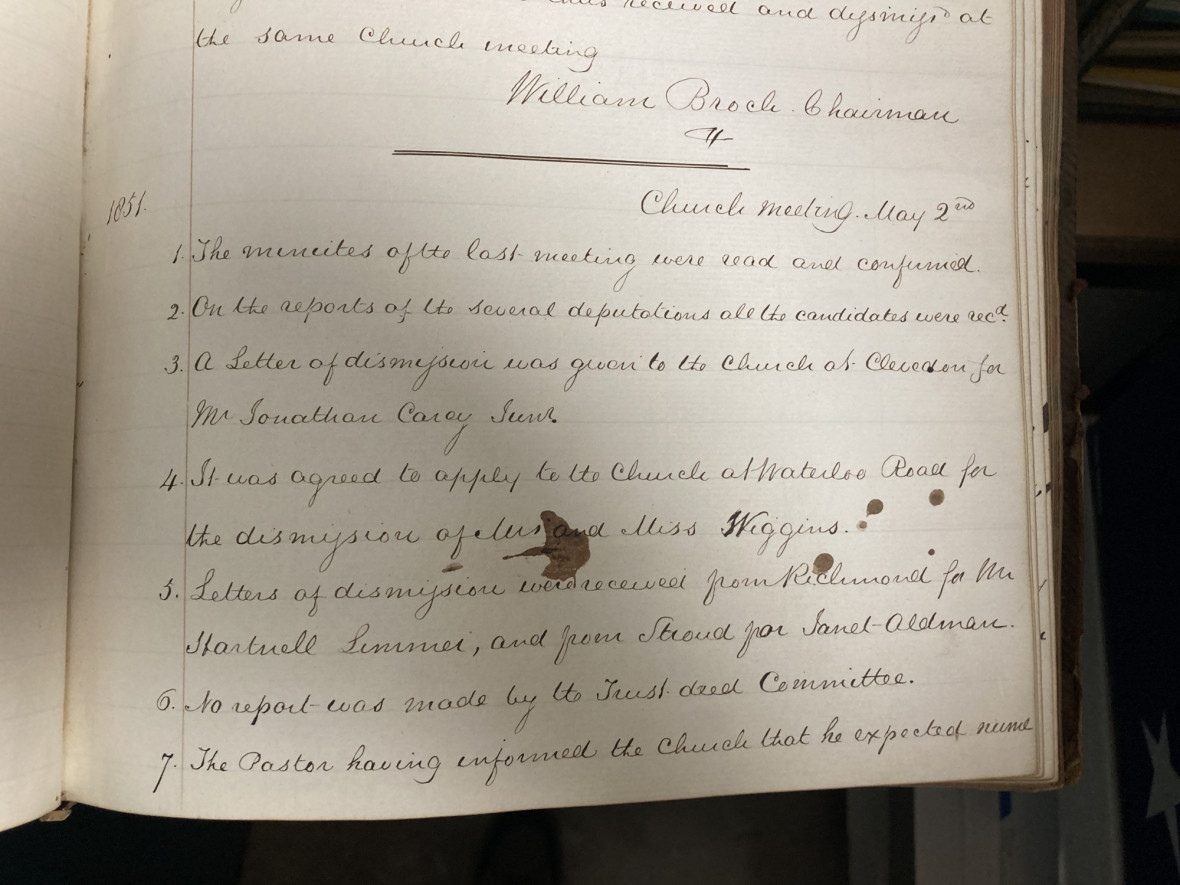 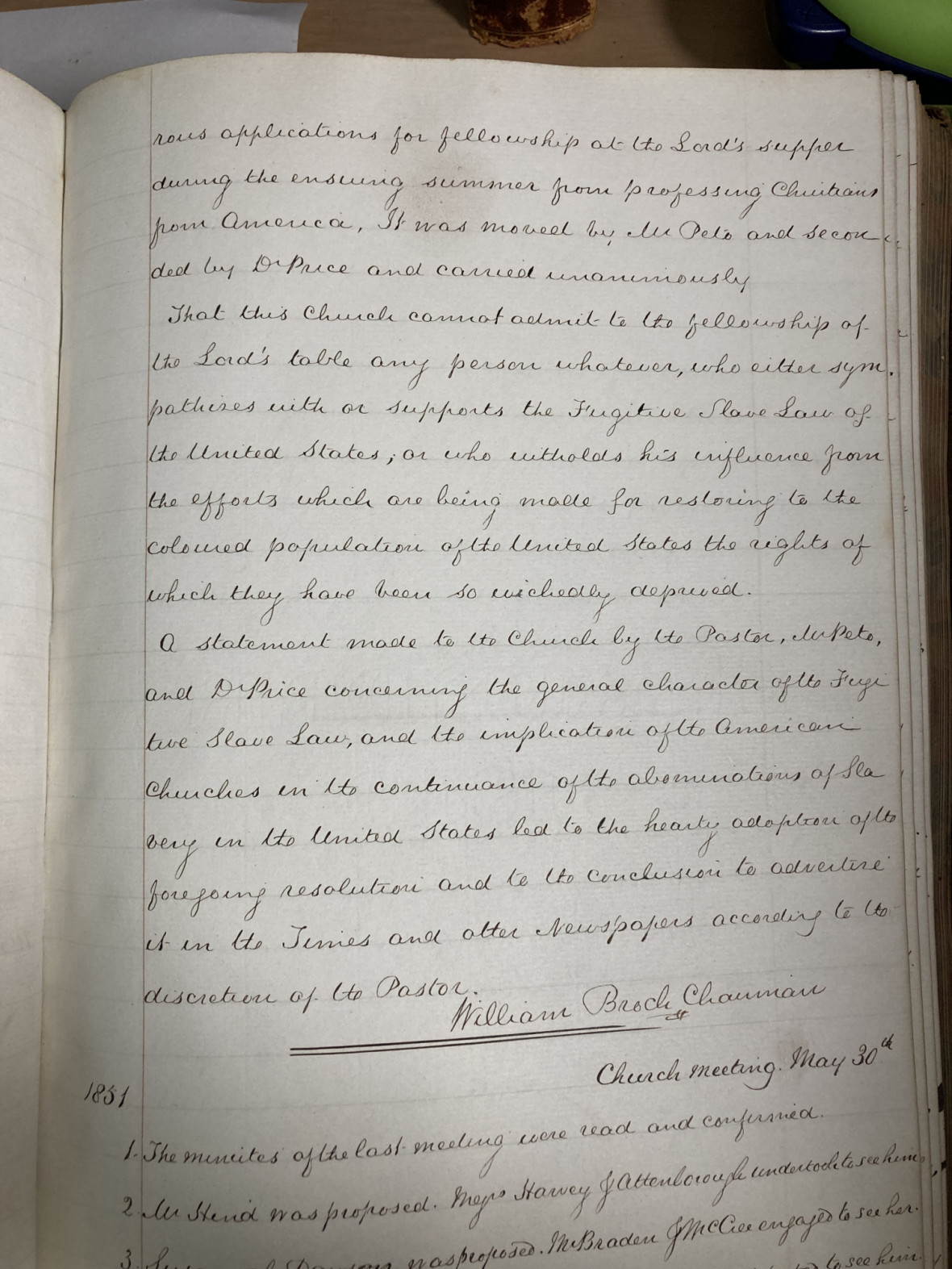 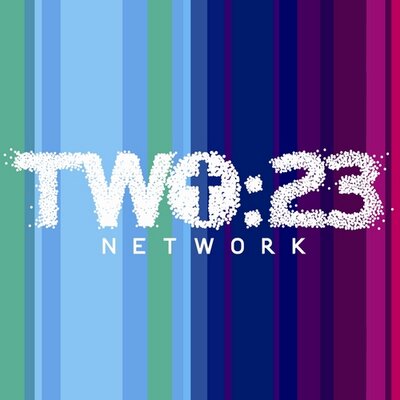 Join us this Saturday 21st May at @BloomsburyCBC with the wonderful @kate_elizabeth speaking. Everyone welcome as usual, come from 2pm for coffee. https://t.co/HAKgVf0wyc