You are here: Home > Latest > Why This Church? The Primacy of the Local Church

Why This Church? The Primacy of the Local Church 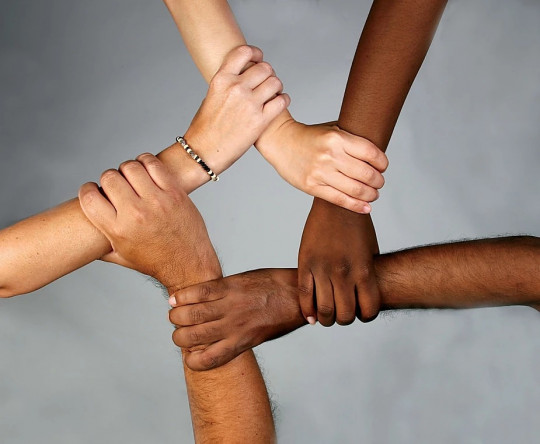 Our series of Communion Sermons on the theme of 'Why This Church?' continued on Sunday, as Dawn led us in an exploration of 'The Primacy of the Local Church'. Nyaueth and Andreea helped lead the prayers of intercession afterwards.

You can listen to her sermon, together with the Bible Readings and Prayers, here:

The full script of Dawn's sermon is below...

This is the next in our Communion series exploring our identity as Baptists and as a church.

This week is looking at the Primacy of the local church, one of our defining factors as Baptists.

The idea is that although individuals are called by God to make a confession of faith they are also called to be part of a community of faith.

And similar to the stories in the new testament Baptism is the beginning of that journey and is almost always followed by reception into membership of a community of believers.

A community that learns from one another as it governs itself, that is to say

We should not cede control to any group of elders, priests or bishops,

independence as local church and the fact that we are able to make decision that we have discerned to be God will for us.

We may commit ourselves to various bodies but can with draw at any point and we cannot and should not be dictated to by a larger body, although there are some Baptist associations that are trying to do just that.

And it’s rather disturbing to see Regional ministers trying to set themselves up as Bishops, dogmatic and controlling.

Because there is no church in the Baptist world other than local Baptist Church.

But back to us.

Essentially if we cannot gather we are not church.

So looking at Acts what does it take to make a church.

Acts is the story of the birth of the Church (with a big C) a small glimpse at the very beginning with a foretaste of all that is yet to be in the history of the church.

“So those who welcomed his message were baptized, and that day about three thousand persons were added. They devoted themselves to the apostles’ teaching and fellowship, to the breaking of bread and the prayers.

Awe came upon everyone, because many wonders and signs were being done by the apostles. All who believed were together and had all things in common; they would sell their possessions and goods and distribute the proceeds to all, as any had need. Day by day, as they spent much time together in the temple, they broke bread at home and ate their food with glad and generous hearts, praising God and having the goodwill of all the people. And day by day the Lord added to their number those who were being saved.”

1. Baptism – as we’ve already mentioned is the beginning of an individuals journey and leaves to the immersion into a faith community

And then we have the four things that marked out the church:

2. Teachning, that of the apostles those who had walked with Jesus and who now shared his stories. They learn – it is the habit of discipleship – we can never stop learning

3. Fellowship – they learn from each other, it is not a private matter, personal but not private. It has to be about community – and we must sustain and support each other because we are part of something bigger than ourselves.

4. Communion – the breaking of bread. It is the quintessential expression of Christian Fellowship, communion is different to taking nourishment but both happened in believers homes - it symbolises Christs body as we come together and Christ is found in us.

5. Prayer – The grounding of all these things is in prayer, the people would set aside time to pray, they carved out space to ‘be holy’ and should be a standard pattern of our spiritual life.

And the passage finishes by saying that God was adding to their number.

This church did not have a hierarchical priestly system and it’s authority was Christ, They learnt from the apostles but were also independent learning as they went from each other and God.

Back to today and one other aspect that many episcopal churches revere is the apostolic continuity of the church – this is a feature of the priestly hierarchy as it is also seen as a historical continuity.

Yet as Baptists we are uneasy with both and look to the meaning of the word apostle and the Christs words in the gospels.

“Now the eleven disciples went to Galilee, to the mountain to which Jesus had directed them. When they saw him, they worshiped him; but some doubted. And Jesus came and said to them, “All authority in heaven and on earth has been given to me. Go therefore and make disciples of all nations, baptizing them in the name of the Father and of the Son and of the Holy Spirit, and teaching them to obey everything that I have commanded you. And remember, I am with you always, to the end of the age.””

Baptists believe that to maintain our apostolic connection with the early church we must simple do this.

But what does it mean?

What do you think making disciples means?

And lets not read this wrong, this is not about converts

This is our final mark of a local church and that is of one making disciples.

The word used for disciple is “math i tees’

It means one who engages in learning through instruction from another, it means to be a pupil or apprentice, so it is not a passive role

It’s clearly a whole life thing because we are not supposed to simple make disciples the assumptionis that we are disciples also.

This is not a tick box exercise

Physically mindfully spiritually doing and being.

And as I read around this passage and what discipleship making should or might look like I started to become uncomfortable.

We should not be asking people to disciple themselves to the way of Bloomsbury, but I think we do this, not consciously, I hope, but we do.

And this is where I became extremely uncomfortable because I concerned that actually we are only really accepting of people who look and sound like us.

In acts they witness the life transforming power of God and are transformed by God – continuously!

Are we still being transformed?

Or have we become stuck?

Do we get defensive, are you getting defensive now, coming up with arguments as to why I’m wrong…? Of course we aren’t like that, and you’re ticking off names in your head, women, people of colour, people not from the uk (who I’m afraid are still white European) you listing all the outreach we do during the week.

But let me ask you this

Who do we give precedent to here?

Who do we give power to?

Who gets listened to over others?

Where is the voice in the desert?

And I am asking this as the middle class, educated, privileged white woman standing in front of you, teaching.

Because we talk a good talk.

And I said I’d come back to this: We as Baptists, adhere to a priesthood of all believers. ALL believers, regardless of gender, orientation, age, colour, culture, background, living situation, class, disability, theology or politics.

But do we represent that?

We have to wake up to our own judgement of those who don’t sound or look or behave like us.

Because what I feel absolutely sure of, is that is we were REALLY making disciples, this church would look like the multitudes from every nation and tribe described in Revelation

“After this I looked, and there was a great multitude that no one could count, from every nation, from all tribes and peoples and languages, standing before the throne and before the Lamb, robed in white, with palm branches in their hands. They cried out in a loud voice, saying,

“Salvation belongs to our God who is seated on the throne, and to the Lamb!”

that is not some far off dream of how it will all be some day but a wake up call to how it should be now.

Because we pride ourselves on being inclusive.

This is the Primacy of the local church.

This is what is important

We are the local Church, we have independence and the privilege and freedom to discern the mind of Christ for ourselves, to build our church in Christ’s image, to listen to teaching, to be in fellowship, to break bread as an expression of our fellowship and to love and support each other and commit ourselves to God through prayer.

It’s a gift, the church, this life together,

But above all, our call is to go make disciples.

And It’s not simply my job, this priesthood of all believers means we are all called, all culpable, all needed, we should all be looking and calling and making disciples, that don’t look like us.

We should be listening out and responding to the voices in the desert, the ones shouting from the outside in.

And it’s not about trying to convince people of the resurrection that it “might” have happened or “did” happen.

But to live a life that does not make sense if the resurrection was not true.

It is our character and lives that speak louder than our words.

I was so challenged by writing this sermon,

I was called up short.

And I see myself as part of the problem.

Here’s the challenge I want to leave you with. The thing I want you to go away and really face, honestly.

If we truly were the inclusive, welcoming, and open church that we have the opportunity to be (that we think we are), and if we were taking seriously the commission to go and make disciples of all nations, would we look like we do?